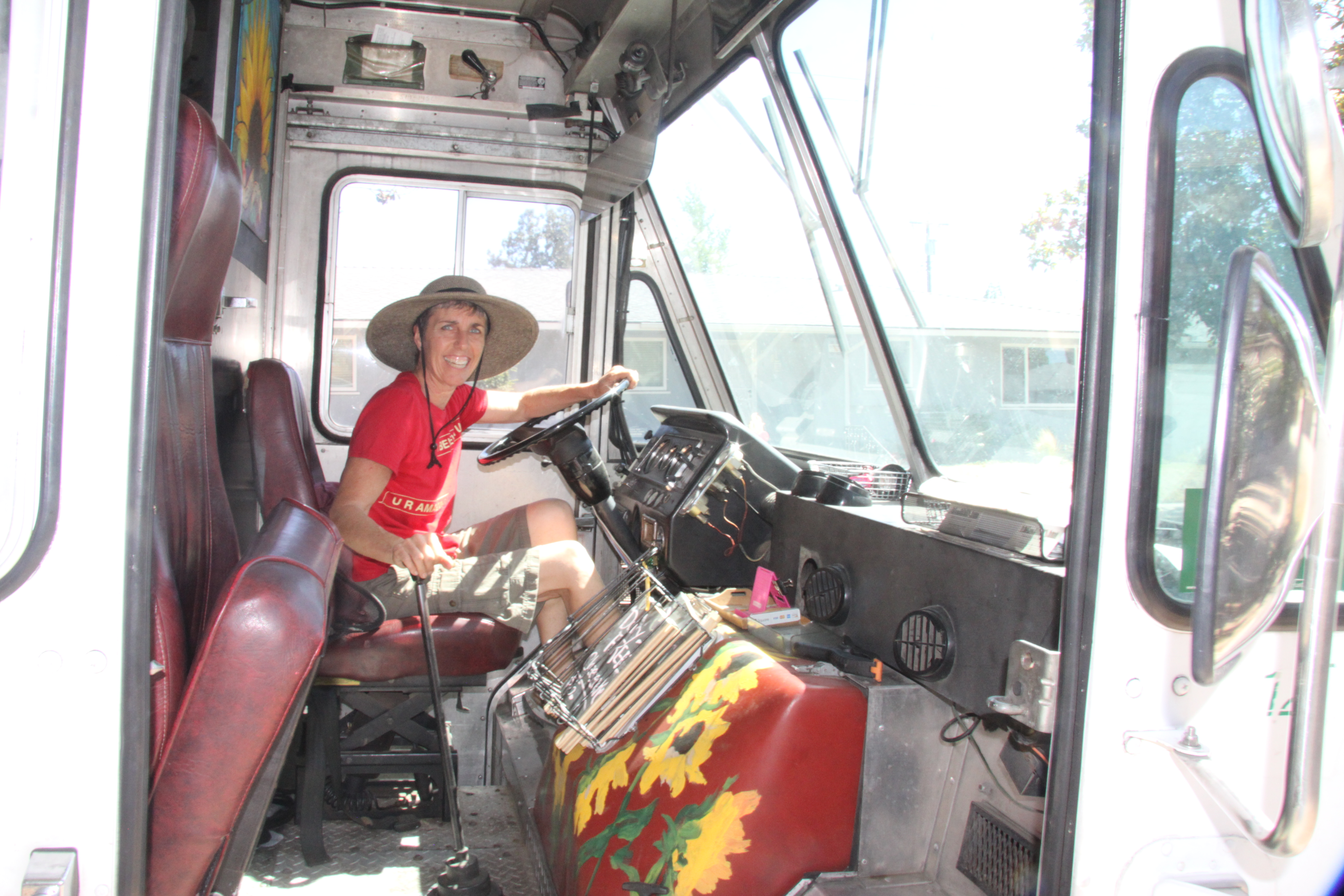 To Naomi Hendrix eating raw food is much more than just a way to prepare her meals, to her raw food is life and health.

Almost a decade ago Hendrix’s diet was health hostage when she was diagnosed with Dysbiosis, which is candida or a type of fungal infection in the intestines.

Hendrix was diligent and followed her doctor’s advice. She immediately quit eating everything that was harmful to her.

“I couldn’t eat anything,” she said. “I pretty much ate guacamole and there was this one rice chip that just had rice, salt and water.”

Hendrix was stumped; “What else can I eat. I need to eat something else.”

By this time she had heard about raw food — the garden diet, which consists solely of eating raw fruits, vegetables and grains. Hendrix began researching and soon realized she loved the way the food tasted and it was easy for her to prepare. Since she made the change, Hendrix said, her skin and eyes are clear, she has no pain, she lost weight and now she has no issues with her health. 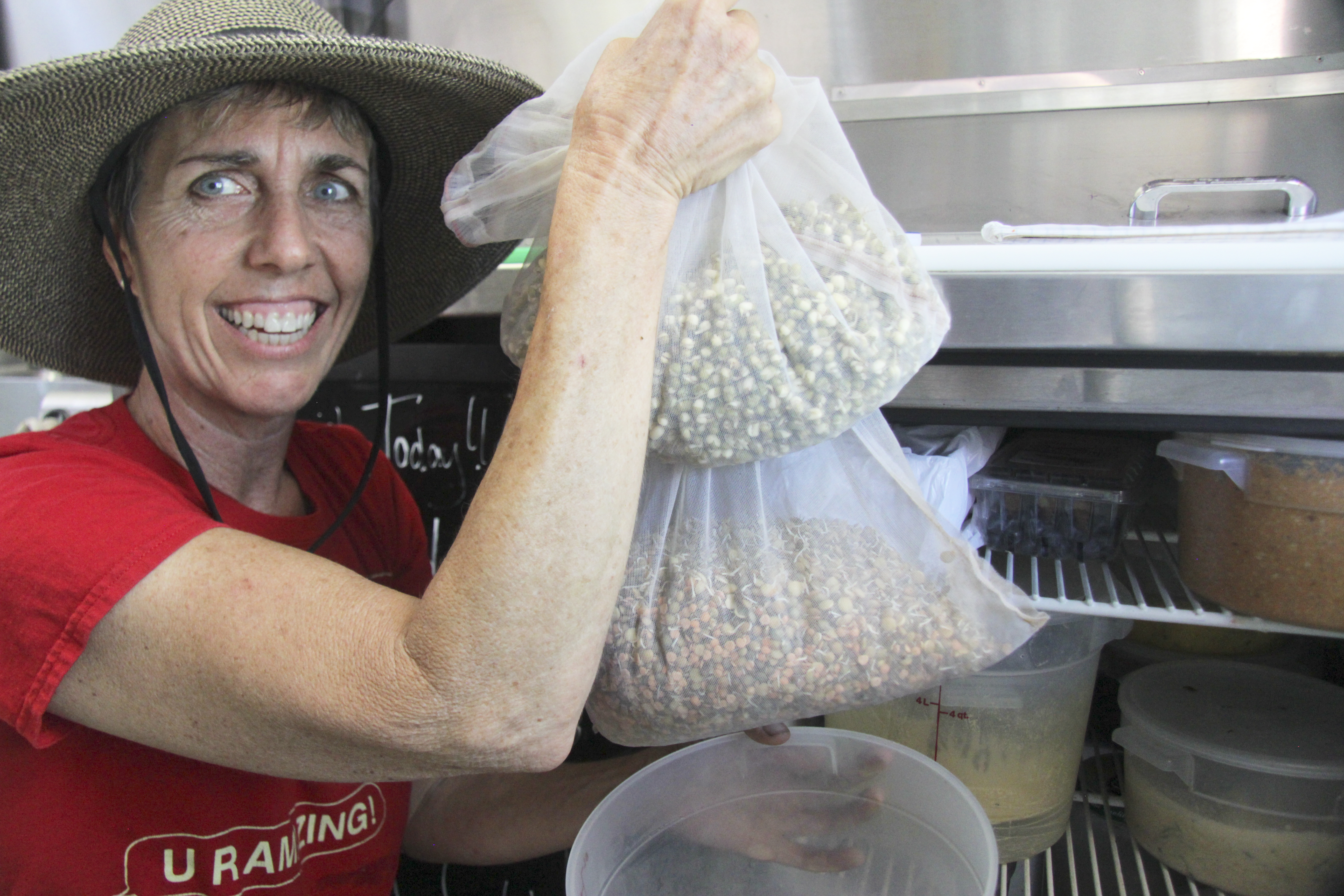 Naomi Hendrix holding up a bag of Lentils

But this was only the beginning for Hendrix. Seeing the dramatic health benefits her new diet provided she wanted everyone to feel as good as she did, “and that is what Raw Fresno is all about,” she said.

Hendrix decided to go back to school and became a certified health food specialist through Immune Nutrition where she learned fermentation, probiotics in foods and how important that is to heal your gut.

“That’s what I needed to learn so I could heal myself,” she said. “By that time I was feeling so much better that I had to share it with everybody because I knew people who are gluten intolerant and dairy intolerant needed this.”

Hendrix began sharing her recipes with locals when she was teaching sustainability classes at Whole Foods. As people came to her classes they were introduced to Hendrix’s unique diet and they too wanted to try it— here her delivery service began to sprout.

The awareness of her food began to spread around the city and when the Kaiser Hospital Farmers Market organizers heard about her cuisine they invited her to join. She accepted and began preparing and selling food from a tent.

“By the time I was there for about a year my business doubled and that’s when the food truck thing started getting really popular,” Hendrix said. “I was invited to start at Cart Hop but I was in a tent and I didn’t have a truck at that time.”

Contemplating the idea, she checked local listings for food trucks and there it was, the truck that would launch her business into the lives of more community members.

“It doesn’t ever matter how much money is made at an event, it is never a disappointment because I got to talk to people and they got to be happy that I was there because they needed it,” she said overcome by emotion. “It’s more than just the food — its the education.”

Hendrix’s vision is to empower consumers to take control of their health through food. Educated consumers understand that the everyday choices they make can directly impact their health, longevity and wellbeing, Raw Fresno’s website states.

Hendrix said she is not preaching for people to eat raw food; “I am here to say there is real food in the world, especially in the San Joaquin Valley, that is so plentiful.”

Following the public’s demand, Hendrix’s food also caught the attention of Whole Foods and Abundant Harvest which now carry and sell her Cashew Queso cheese, cheesecakes and ranch to thousands of customers in California.

After only two summers with her truck, Hendrix’s Business is getting another upgrade. Raw Fresno won the “Create Here” contest which was created to offer businesses the opportunity to open up in Downtown Fresno.

She is also planning to have nutrition and sustainability classes on Monday nights and adult coloring Tuesday nights, as well as Art Hop on Thursday nights.

She advises people who want to begin eating healthier to start by eating real food, not processed products.

“I would suggest anyone that would want to change their lifestyle of food to start with a green smoothie; that would be something to add,” Hendrix said. “If you want to add something else, I would add more water. More water less food.”

She explains that people do not need to ingest as much food as they think.

“The only reason people are eating food all the time is because they are undernourished. They are starving because there is not enough nutrition in the food they are eating so they are craving,” Hendrix said. “And they eat and eat until they get fat but they still don’t have the nutrients they need.”

It’s not easy and it wasn’t simple for her either, Hendrix said, but it just takes steps.

“Think, ‘I have to be healthy. I have a goal to feel good today.’ With that in mind is how I eat food today so I have to make a choice,” Hendrix said. “It’s not about food. It’s about our brain.”

She said the people who stop by her truck to have lunch say they eat her food because they stay awake and get much more done.

So, Hendrix asks; “who wants to be healthy, happy, energized and get a lot accomplished?”[/vc_column_text][/vc_column][/vc_row]

GFC Mythbusters: “Do I really need to drink all that water?”

Making Time For Your Health