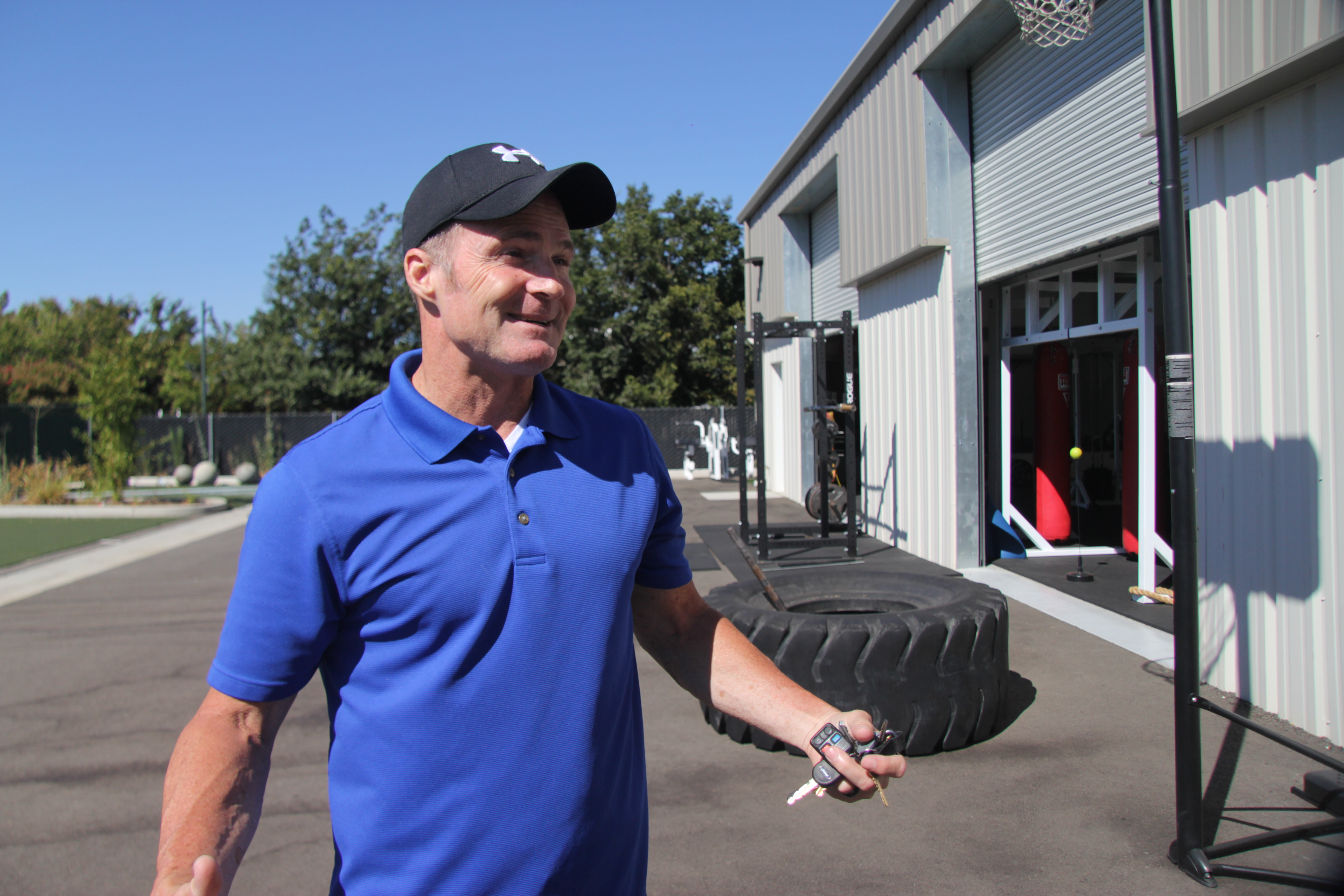 Doc’s Gym owner Joe Martin talks to the Get Fit Clovis team about his gym.

Joe Martin’s gym is a functional rehabilitation gym, which offers both chiropractic services and a full gym with several trainers. Martin is a Navy Seal veteran with 30 years experience in sports fitness and rehabilitation, who has experience with first responders, the military, athletes and those injured at home or work.

The Get Fit Clovis team dropped by Doc’s Gym in Clovis on Minnewawa to try out an advanced conditioning class coached by Edgar Mondragón.

Mondragón has been involved with coaching since when he was 15 years old when he started helping his own soccer coach. Once he graduated college he knew this was his calling and began coaching youth athletes throughout the nation in camps and groups. He currently coaches local high school and middle school athletes in footwork, ball control and conditioning. Although most of his exercises focus on controlling a ball with the feet, he says all the exercises he teaches are transferable to all sports.

Let me tell you, tough does come close to explaining the level of intensity the class was. This class was designed to really develop athleticism.

Miguel Vera, a local fitness aficionado and mental skills coach, and I, the editor of the Get Fit Clovis newsletter, are regular gym junkies. We both go to our local gym four to six days a week for about 2 hours each day — about 30 minutes for cardio and the rest of the time is dedicated to strength training normally with weights.

Within 15 minutes, and I am being generous with myself, I was out of breath and honestly holding back the feeling in the pit of my stomach to puke. Now, in the fitness world, that feeling is not all that uncommon — run hard enough without being conditioned properly and you’ll feel it.

But I want to go back again! Why would I want to put myself through that?
Well, even though I was not able to finish the workout — Miguel did, although he too had to take a break — the hour and a half long class was a competitive and fun challenge.
Edgar began his class with dynamic stretches, which are cardio-based and also bring a component of strength training. Lunges, squats, jumping jacks and high jumps are only a few of the exercises he told the group to execute, all while reaching the other side of a 25 foot turf. And then do it backwards, toward your left side and then toward your right; all equaling crossing the truf four times.

Then he began incorporating weights, but not as they are typically used at a gym. They were used in a more cardio-centric whole body movement way, while still continuing to cross the turf back and forth. The group would push a 45 pound weight across the turf, then incorporate other movement such as getting off the ground, push ups and partner activities, all of which can transfer to the playing field.

The last part of the training was absolutely my favorite — to watch. After the group was completely physically exhausted Mondragón told them he was now going to test them mentally. Split between five guys and five ladies each team was to play tic tac toe by taking 20 pound medicine balls from one side of the turf and placing them in small hula hoops on the other side. But wait, there’s more. Not only were the teams racing to see who could get take the balls faster so they could win, they also had to pass obstacles first. For example: jump on a step, push a weighted foam block and run around it. The incentive to win was the team who won five tic tac toes games didn’t have to run two laps outside, which equals out to a little over half a mile.

All in all I liked the way the coach pushed the group. But like he said, it was a little unfair for us to be thrown into the advanced group where we had no prior knowledge of the exercises, coordination or endurance.

Yet, we both thought, rather than it being a workout, it felt like play time.

Probiotics can be part of a nutritious diet